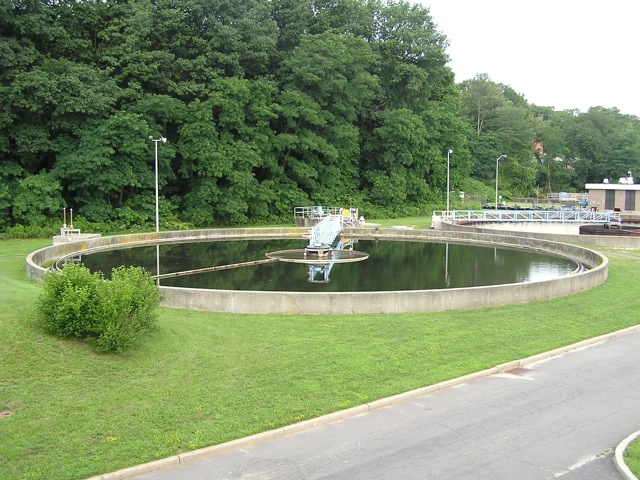 There are two Modified Aeration Settling Tanks where the biological growth is settled from the wastewater. The particles in the mixed liquor collide and stick together to form a floc. The floc is denser than water and settles to form a sludge blanket. The sludge is collected, drawn out, and returned to the head of the MA Tanks. The surface of the MA Settling Tanks are “skimmed” of scum, grease, plastics, etc., and held in a tank for disposal.

The majority of the sludge containing the microorganisms is returned to the MA Tanks to feed and reproduce. However a portion of the sludge is “wasted” to the Gravity Thickeners for final processing and disposal (thickened, dewatered, incinerated, and disposed of as ash at an approved sanitary landfill).

As the activated sludge is separated from the mixed liquor, the clarified wastewater overflows the weirs to the next biological process; the Nitrification Aeration System.