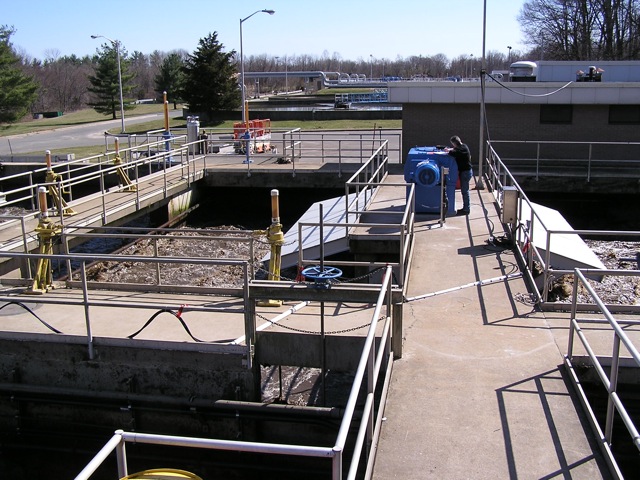 There are two Nitrification Tanks consisting of four stages per tank. This is the second biological process where a bacterium converts ammonia to nitrates and removes the remaining BOD. Oxygen is driven into the mixed liquor via mechanical surface aerators to maintain an aerobic environment to support bacteria growth of Nitrosomonas and Nitrobactor, which converts ammonia to nitrate. The dissolved oxygen is also needed by the bacteria that removes the remaining BOD. Nitrosomonas bacteria convert ammonia to nitrite, then Nitrobacter bacteria will convert nitrite to nitrate.

During the nitrification process hydrogen ions are liberated creating acidic conditions. Magnesium hydroxide solution is added 24 hours per day to neutralize this acid, keeping the pH between 6.8 to 7.2.